The Cecropia and the Luna: Day 5 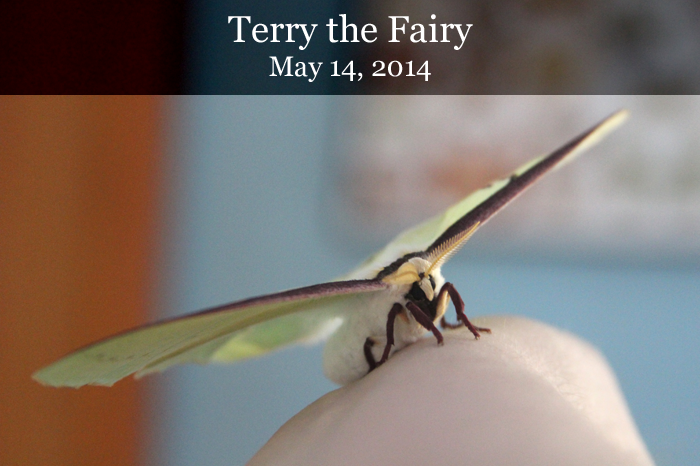 Terry’s beauty is soft, yet striking. There is no place I could take a picture of her that would dilute her fey-like mien. She is much calmer than Cedric and flies with far more grace, neither bopping into things nor flopping around frantically before settling down. I’d read that females tend to be less active since their job is to sit still and attract males with pheromones, then lay eggs. It’s probably advantageous for them to conserve their energy as long as possible to get a mate while the males make the best use of their energy to find a ready female. Terry didn’t manage to draw in a boyfriend last night, but those behaviors may also mean I’ll have her longer than Cedric. She’s sat on my hands and arms several times already and stayed still while I replied to clients’ and friends’ messages. 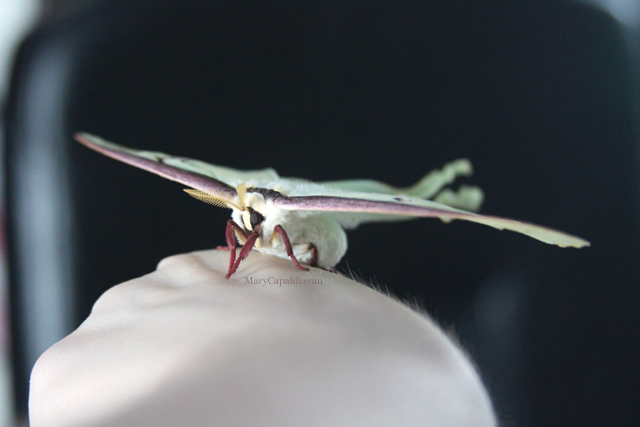 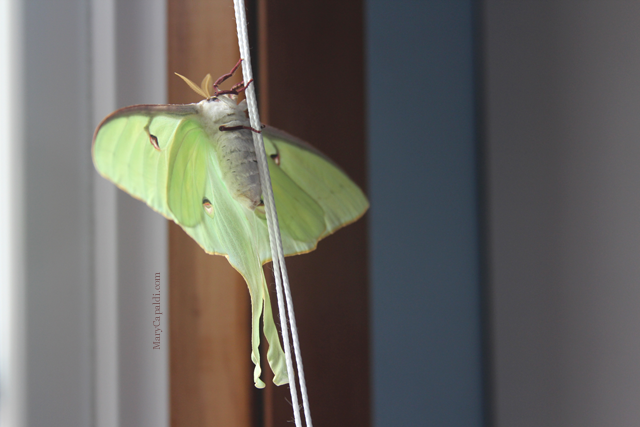 She settled on my blind cords after a short flight. 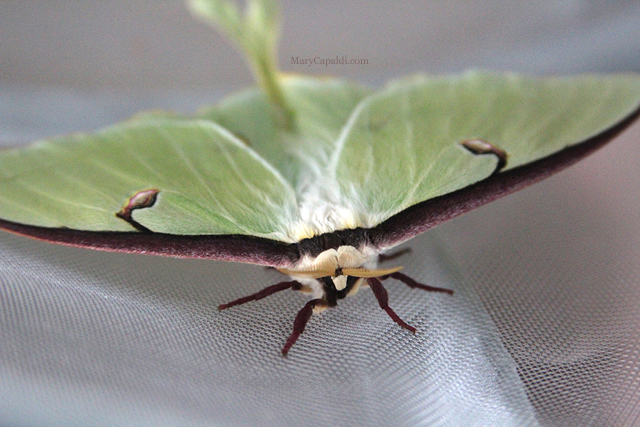 What lovely wings you have!

Cedric and Terry have been hanging out in the basket together most of the time, but they were separated last night while Terry was making her first attempt at calling in the boys. I had Cedric near me as I worked late, and every so often I heard the faint tapping of little feet – he wasn’t even walking, just stomping against the mesh in front of him. He’s also been sitting with his front and middle legs curled up today. On close inspection, I found he had lost a couple of “toes”. I’m not sure if this is within the range of normal damage or if it’s an unusual result of his tendency to flop around like a maniac. It’s sad that I can’t really do anything for him besides try to keep him calm as possible. 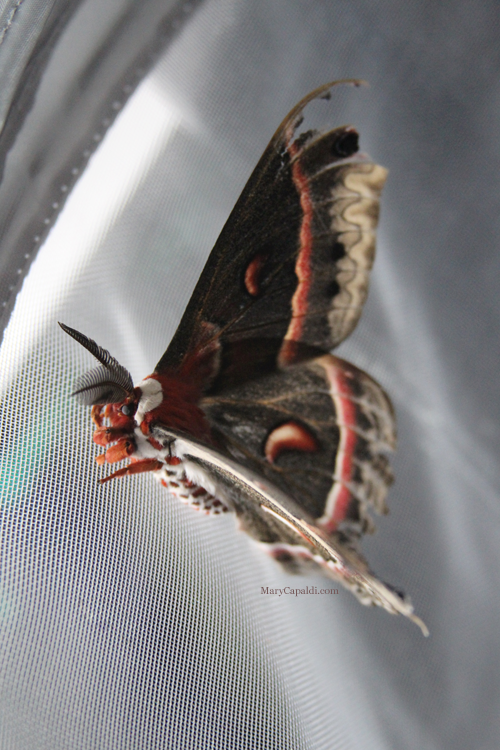 Because giant silk moth adults can’t eat, they die of starvation if they aren’t prematurely killed or eaten. This is the fate that awaits them as surely as our own deaths someday await us. I’ve read that moths can be euthanized humanely by putting them in the freezer, so I may take that option to end their suffering if needed. For now, I’m enjoying the time we have and taking delight in sharing these guys with everyone. It’s been a highly educational and fascinating experience. The third moth still doesn’t look ready to come out yet but is a healthy weight and is responding to touch, so there is still more to which we can look forward.