A while ago, I asked my tumblr followers what they wanted to see next as I continue to develop my toony bug style. Those requests are now in the works, and I thought there might be interest in how the bugs happen!

I approach the design for each species like character development on a broad scale. I want something that physically resembles each bug, can be customized to distinguish individual characters in a story, and has an appealing (often cute) factor that minimizes the “ew!” reaction some people have to insects.

The process can differ depending on how I imagine each species. For example, here’s a cockroach: 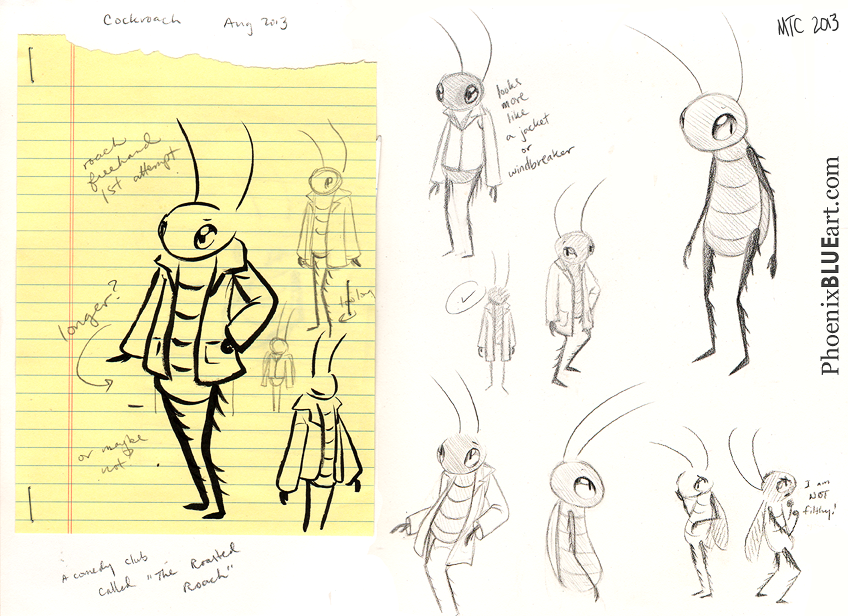 I’d already drawn cockroaches a few times and had a strong idea of how I wanted them to look, so I roughed out an idea in ink (on the yellow paper) and refined it through several pencil drafts. It didn’t take a lot of tries to get something I was happy with.

But sometimes I don’t have a solid idea of what I want a critter to look like in my bug style! I had a lot more trouble working on the grasshopper. The body wasn’t too hard to figure out, but I knew I wanted it to be facially distinct from other bugs so it could be easily picked out in bust images.

I referenced images of real grasshoppers. I drew a lot in ballpoint pen to get any and all ideas out there without worrying about fixing one sketch over and over. It was important to be able to compare what did and didn’t work and think about why. By the bottom of the page, I was hitting on it more than missing. Even the sketches that didn’t say “grasshopper” to me weren’t wastes, though – I got a solid idea of how I want an orchid mantis to look from one of the first attempts. 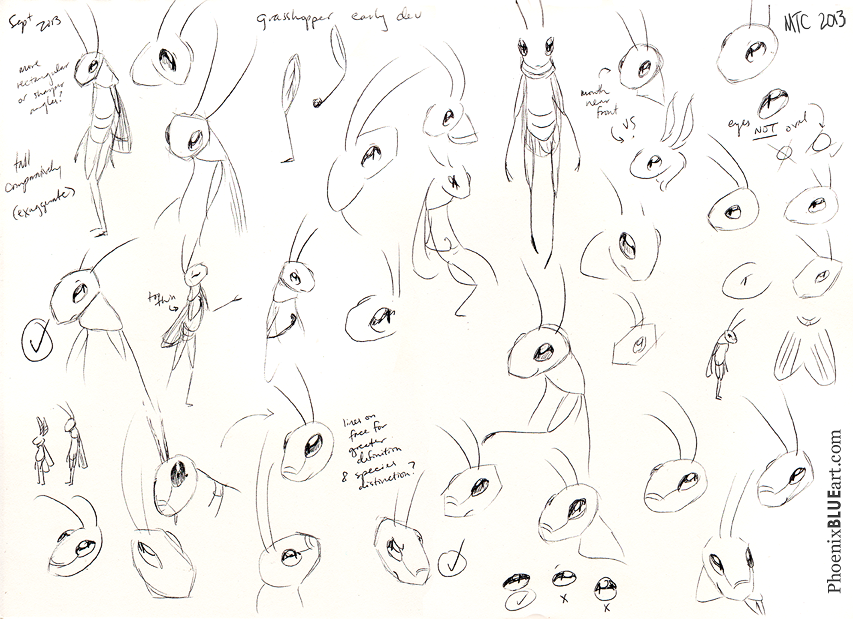 Using the head design I decided on, I drew a couple grasshoppers on the backs of my business cards without saying what they were. Someone on twitter said, “Oh, look, you did grasshoppers!” Bingo.

Another requested bug was damselflies. Though I hadn’t drawn them before, I got a strong impression of how they should look in my style by browsing photos of them. Their real eyes pretty much look how I’d draw them, and their head shape was fun to tackle. 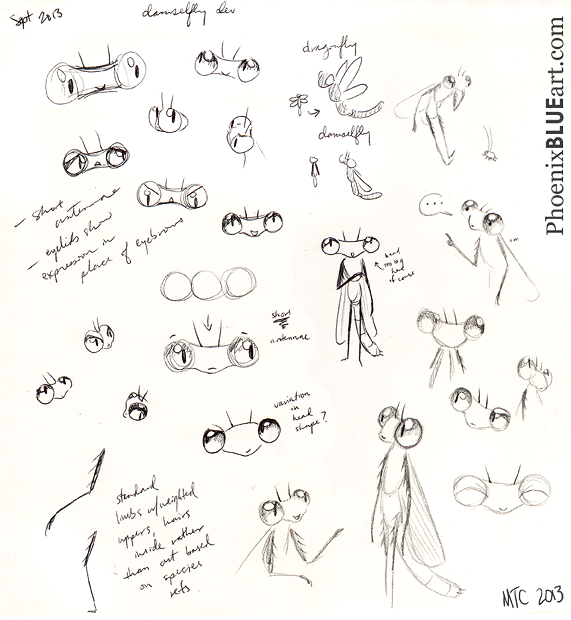 I’m going to really enjoy taking advantage of those big peepers for expressions.

(this entry has been cross-posted from tumblr with minor changes)