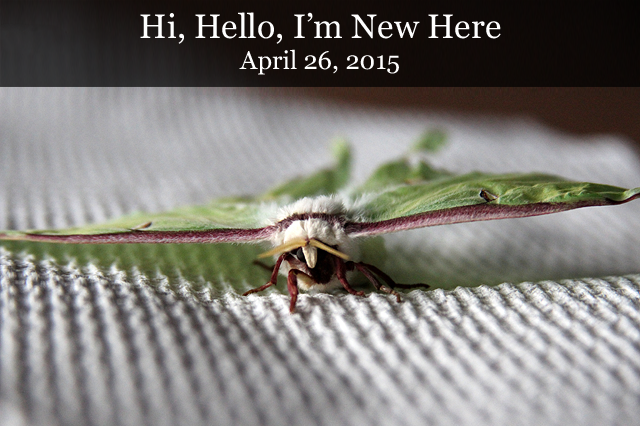 This past fall, I purchased eight cocoons. The family totaled two male cecropias, a pair of imperial moths, and four lunas (which all appeared to be female). The lunas and cecropias are familiar to me now, but imperials are a new species! These all overwintered in the same fashion as my first three moths, and though we lost one luna along the way to spring, the others are all alive and well and have been wiggling around now and then when they think I don’t see.

One luna was in a major rush to get out before anybody else. I noticed her wings developing quickly over the last week and was even able to take a photo of the eyespots showing through the pupa shell. She surprised me by popping out last night while I was livedrawing a show! It’s not even May yet, so this is much earlier than last year’s moths eclosed. She didn’t even warn me by loosening up in her pupa like all her predecessors did. 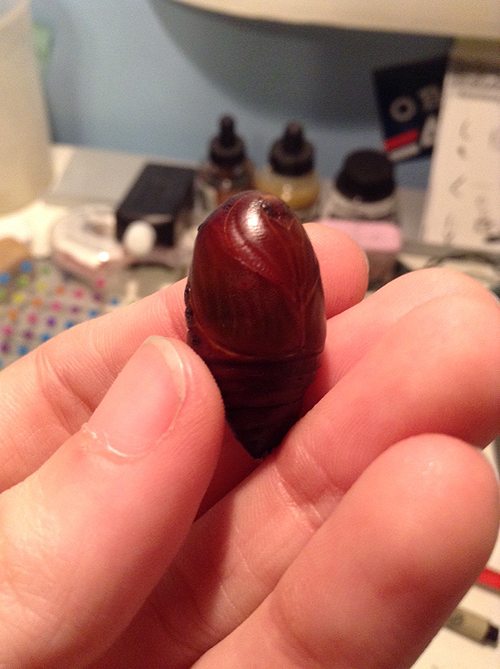 Look closely – the luna’s forming wings can be seen through the shell, veins and eyespots and all.

I’ve named this first luna of the season “Elena.” Her left wings are slightly crinkled; I’d seen that side pull away inside the shell a day or so before she came out, so I thought that might happen. She doesn’t seem to be in any distress and is no less lovely. If you aren’t familiar with sexing moths, you can tell she’s female by her thinner antennae and plump abdomen. She’s spent most of her time since eclosing sitting still, as females tend to do; it’s the male moth’s job to fly off and find them. 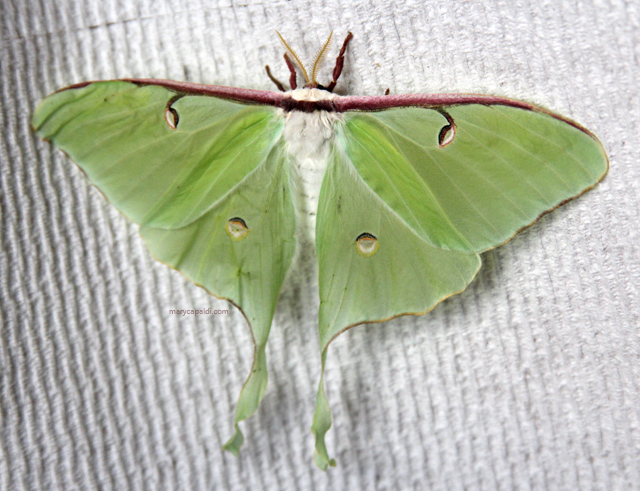 A full view of Elena’s wings! Her left wings are a little warped but not too bad.

I’m busier this year than I was last season, so I may not be able to write an update every day on Elena and the moths that follow her. Still, I will try to keep track of everything that happens and take lots of pictures! Giant silkmoths may be large as insects come, but they’re still tiny, delicate creatures that evoke a lot of wonder with their brief beauty. I hope to share the best moments of their little lives with you. 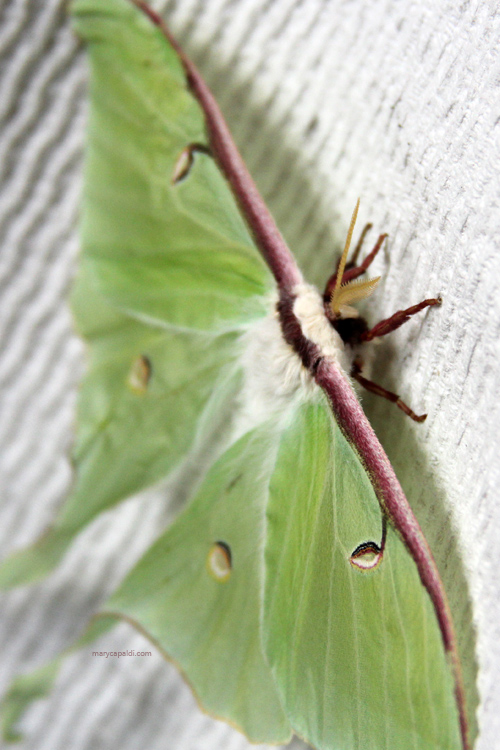